One of my favourite bloggers is Rod Dreher at The American Conservative. He’s a fantastic writer and a prolific blogger who writes on everything from politics and religion to art and sports.  He’s fair minded and will criticize and praise conservatives and Republicans as much as he criticizes and praises progressives and Democrats. And he doesn’t seem to share the general anti-Israel sentiment common at The American Conservative. Rod doesn’t write about Canada but that’s expected: he lives in St. Francisville, Louisiana.

His most recent book is titled The Little Way of Ruthie Leming which is the story of his Louisiana childhood and his sister’s battle with cancer. I’m reading Crunchy Cons right now which is his 2006 book. The subtitle says it all: “How Birkenstocked Burkeans, Gun-Loving Organic Gardeners, Evangelical Free-Range Farmers, Hip Homeschooling Mamas, Right-Wing Nature Lovers, and Their Diverse Tribe of Countercultural Conservatives Plan to Save America (or At Least the Republican Party)”.

A conservative counterculture! I love it, except for the Birkenstocks of course. Anyway, I may write more about Crunchy Cons in a later post. 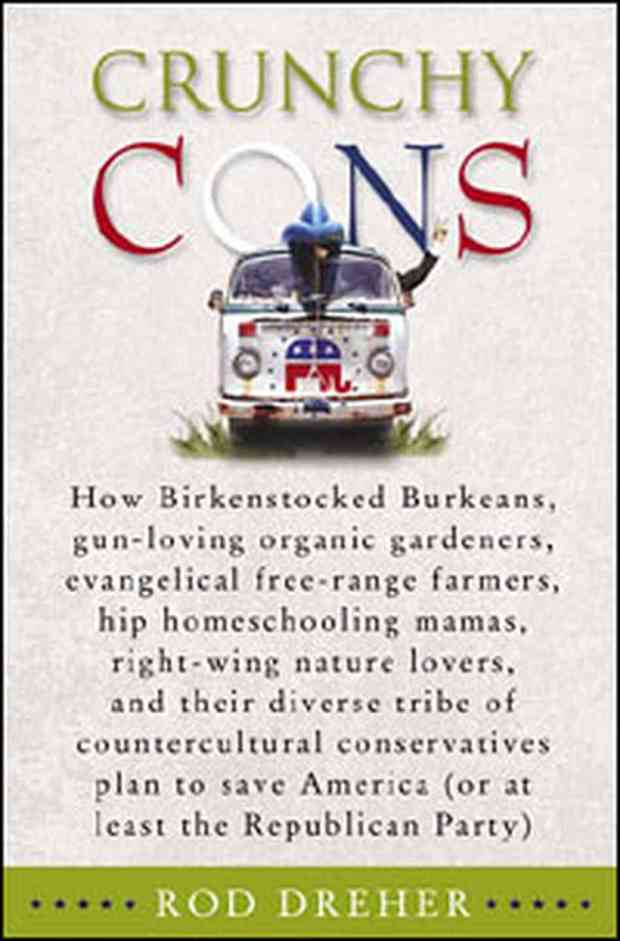 The reason I mention Rod here is that he, quite coincidentally, also wrote a commentary on Pascal-Emanuel Gobry’s latest article about “epistemic closure”. Of course, his commentary is better written than mine is and he takes a different direction.  It’s worth reading the entire commentary which can be found here at The American Conservative website: http://www.theamericanconservative.com/dreher/epistemic-closure-culture-war/

Two key highlights for me:

“PEG [Pascal-Emanuel Gobry] gives examples, so you’ll want to read the whole thing. His broader point is that people on the left (it’s pretty clear he’s talking about media and academic elites) are so deep in their own bubble that they think their own way of seeing the world is obviously true, and they cannot imagine that there is another honest (if mistaken) way to interpret the world.

Are there conservatives who think this way too? Of course, and being someone who doesn’t enjoy tedium or ranting, I do my best to avoid getting into political or philosophical conversations with them, and I don’t read, watch or listen to their media. But with the exception of talk radio loudmouths, these conservatives have little or no voice, and therefore little influence over the broader culture. More particular to PEG’s point, the thing that we relative few number of mainstream media conservatives always notice (and talk about when we get together) is how uniform (and uniformly liberal) opinion is within our newsrooms, and how utterly unaware our liberal colleagues are of their own biases.”

“Which brings us back to Reader Bobby’s comment [alluding to the comment at the beginning of the post] about elites only rubbing shoulders with other elites, a social habit that misleads them into thinking that everybody sees the world as they do. We are all guilty of this, more or less. But we ought to work harder at trying to imagine the world as it might look to people very different from ourselves. That doesn’t mean that we are wrong in the conclusions we’ve arrived at, or in the convictions that we hold. It does mean, however, that we should be more humble about what we know, and more understanding of others when confronted by the true difficulties of knowing anything for certain.

Much has been made over the past few years about how folks getting to know gay people personally has converted them to the gay-rights cause. There’s a lot to that. It’s harder to hold stereotypical views of someone in a particular class if you know them personally. Yet I wonder: does it ever occur to liberals that they ought to try to get to know, say, a conservative Evangelical [or a conservative cyclist for that matter]? If not, why not?

I know exactly what he is talking about. I’ve worked in government and academia and I can tell you there are very few conservatives working in either environments. And people speak to each other as if there is only one position. They don’t think to ask themselves if someone else may think differently. And these are the same people who preach about diversity……but only if you think the way they do.

Big ones. Small ones. Some as big as your head.

For Fixie Junkies only

A Clerk of Oxford

Check your prejudice and just ride

It's all about the bike.

Spontaneous thoughts on a humble creed